The island of Sicily, located off of the south-eastern Italian mainland is some 300km west to east and 150km north to south along the Ionian coastline. The eastern seaboard of this island is dominated by the massive bulk of Mount Etna, one of the world's largest and active volcanoes.

The image below shows the snow covered peaks of Mount Etna taken from a hillside in the tourist town of Taormina. 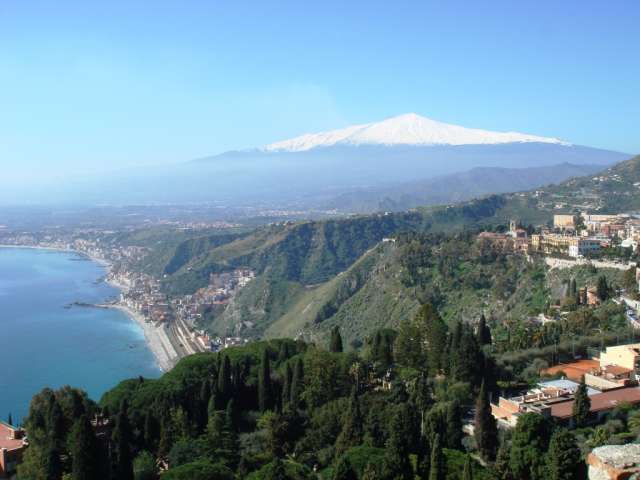